The death toll in serial bomb blasts triggered by high-level hotels and churches in Sri Lanka increased to 290 on Monday, in which six Indians were involved. After the discovery of 87 detonators at Colombo bus station, the second day of the crisis was in fear and confusion.

Another explosion was reported when the bomb disposal squad was trying to save him in a van standing near the Colombo church.

Since the end of civil war in 2009, Sri Lanka Police has arrested 24 suspects in connection with the worst attacks in the country. The government said that it believes that a local Islamist extremist group National Thooth Jamaat (NTJ) is behind the attacks and is investigating it is likely that it helped “international support”.

More than 500 people were injured in the bomb blasts that took place on Easter Sunday. Meanwhile, it has been confirmed that two Indian political activists were also killed in the blasts in a hotel in Colombo.

Of the eight blasts, three were held in luxury hotels and three in the churches of South Asian nations. Two additional bombings were launched because the security forces raided in search of suspects.

6:17 pm: Two more Indians were confirmed by the Indian High Commission in Colombo. Victims were identified as Vimurai Tulsiram and SR Nagaraj. The number of Indian casualties in the fatal Easter Sunday blasts is now eight.

5:43 pm: The three children of Denmark’s richest man Anders Holch Powellson were among the dead who were killed in a fierce Easter Sunday serial bombing in Sri Lanka. Pawlson is a promoter of firm Bestseller, who owns a fashion brand like Jack And Jones, Vero Moda, and is a majority shareholder in online retailer Asos.

5:28 pm: Video of the explosion in the van as a bomb blast video attempts to defuse the bomb outside the St. Anthony Church of Colombo have surfaced online. There is no information of any casualties so far.

5:17 pm: Pope Francis reiterated his support for the victims of the blast in Sri Lanka. They said, “Today, we also join in prayer with the Christian community of Sri Lanka, who was killed with horrible violence on Easter Sunday. We hand over the Lord to the victims, the wounded and all the victims, “he said in a statue. On twitter

4:23 pm: Another explosion was reported because bomb squad Colombo was trying to defuse an explosive device in a van outside the church. The blast near the St. Anthony Church in the capital, 290 people died after one day of an explosion.

4:10 pm: A Sri Lankan Muslim political leader called for searching for the soul within the community, as it was told that a local Muslim group may be responsible for suicide bombings, which claimed that 290 people live on Easter Sunday. Are. Minister and Sri Lankan Muslim Congress leader Rauf Hakim said, “We are embarrassed and angry. We have tried to address issues within the community. “

4:00 pm: In view of the blasts in Sri Lanka, Indian Police has warned hoteliers at Dharmashala and other tourist destinations in Himachal Pradesh. Himachal Pradesh’s Deputy Inspector General of Police (DIG) Santosh Patial told the owners of around 150 hotels that they should exercise extra vigilance while providing employment and check their documents properly.

3:40 pm: Sri Lankan officials will impose an emergency on Monday midnight in the wake of deadly Easter attacks. In a statement, the President’s Office said that “Referring to the Army, Navy and Air Force,” special measures are being given to “Police and Three Forces to ensure public safety”.

Sources said that at 3:25 pm: Indian Coast Guard is on high alert on the maritime border with Sri Lanka. According to Coast Guard sources, to prevent any attempt by the suicide attack convicts to avoid Sri Lanka, ship and marine surveillance aircraft Dornier have been deployed on the sea front.

2:45 pm: Kerala Chief Minister Pinarai Vijayan has constituted a medical team of 15 experts to assist the blast victims in Sri Lanka. The Kerala government is in talks with the Indian External Affairs to make the necessary arrangements for sending teams to neighboring countries.

2:35 pm: “We do not believe that these attacks were made by a group of people who were limited in this country. There was an international network without which these attacks could not have been successful, “said the cabinet spokesman Rajita Senaratne.

2:00 pm: In view of the terrorist attacks in Sri Lanka, the United States and Canada have issued travel advice to its citizens to visit South Asian nations. According to the advice, passengers should be careful at high level in the island nation due to the current security situation.

1:25 pm: The Sri Lankan government has imposed a new curfew due to the tension in the wake of the attack. A nationwide curfew was ordered in the morning after the blasts.

1:15 pm: Sri Lankan top Muslim leaders called for “maximum punishment” for suicide bombings yesterday. “We urge all the religious places to be protected and to give maximum punishment to everyone involved in these brutal acts,” said All Ceylon Jamaiyul Ulma. “From the Muslim community of Sri Lanka, we extend our condolences to the people of Christianity and extend our friendship to solidarity.”

At 1:00 pm: The dead include at least 37 foreigners. In addition to Indians, the list included citizens from UK, Australia, Turkey, Japan and Portugal.

12:40 pm: Interpol gave full support to Sri Lankan officials in the investigation of the Easter Sunday bomb blast. In a Twitter message, Interpol’s general secretary Jurgen Stock said, “Interpol has strongly condemned the horrific attacks and has offered its full support in investigations by national authorities.”

12:25 pm: Sri Lankan Prime Minister Ranil Wickramasinghe said that an investigation will show that “why was not enough caution.”

11:50 pm: The Sri Lankan government ordered a two-day leave for the deadly explosions. School and Colombo Stock Exchange are closed.

11:30 pm: The forensic analyst of the Sri Lankan government told the news agency Associated Press that six blasts in churches and hotels were made by seven suicide bombers.

11:14 am: Karankata Chief Minister HD Kumaraswamy says that External Affairs Minister Sushma Swaraj has confirmed the death of two Kannada Drugs, KG Hanumantharappa and M Rangappa in the bomb blasts in Colombo. “We are deeply shocked at the loss of our JD (S) party workers, whom I personally know, we are standing with their families in this hour of sadness.”

10:50 pm: Chief Minister HD Kumaraswamy tweeted: “Iam was surprised to hear that a seven-member team of JDS workers from Karnataka who were visiting Colombo had disappeared after the bomb blast in #Colombo. They are afraid.The terrorists were killed in the attack. I am constantly in contact with the Indian High Commission.

10:30 am: Sri Lankan Police spokesman Ruwan Gunasekera said that the police has seized a van and its driver, who probably takes the suspects to Colombo.

10:00 am: Seven workers of JD (S), who have gone missing, were staying at the Shangri-La Hotel in Colombo, where a bomb had fallen yesterday.

9:50 pm: The workers of seven Janata Dal (Secular) who went to Sri Lanka on April 20 did not come in contact with their family members after the blasts yesterday. Most of these leaders are from Chikkaballapur district of Indian state of Karnataka. He went on a holiday after campaigning for Congress leader Veerappa Moily, who is contesting from Chikballapura Lok Sabha constituency in the ongoing Lok Sabha elections.

9:35 am: Two Sri Lankan ministers signaled intelligence failures. Telecommunication minister Harin Fernando tweeted, “Some intelligence officials were aware of this incident, so the action was delayed and serious action was needed because why this warning was ignored.” He said that his father had also heard about the possibility of attack and warned him not to go to popular churches.

9:20 am: Sri Lankan Police spokesman Ruwan Gunasekera said that investigations of the bomb blasts would inquire into the reports which failed to detect or warn about possible suicide attacks before the attack.

Officials said on Monday that at 9:10 pm: At least six Indians were reported from foreigners killed in the blasts in Sri Lanka. Meanwhile, External Affairs Minister Sushma Swaraj today identified two more Indians who were killed in fatal blasts. 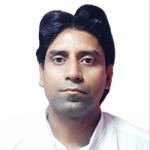